“Sweaty Palms presents The Badlands. At the heart of some of the best country rock and big ballads ever recorded there is a rebel thread that tells it like it is with music and lyrics that have stood the test of time. The Sweaty Palms have reimagined these songs by artists that have inspired generations over the last 50 years and put them in a show that will capture young and old. With music by Creedence Clearwater Revival, Eagles, Cold Chisel, Johnny Cash, Bob Dylan and Tom Petty, this is not a dress up tribute show instead it is a celebration of how music used to move us with songs that were not just pop tunes but the soundtrack for so many lives" 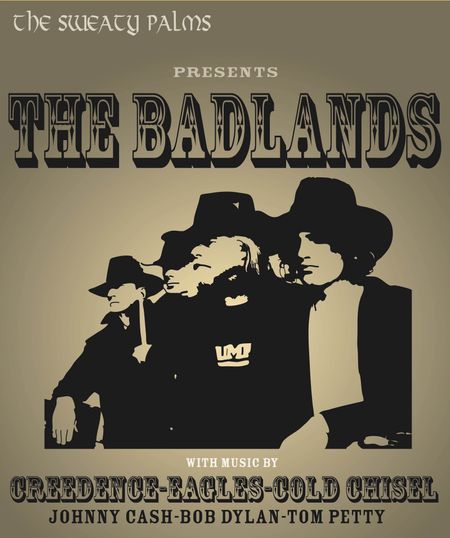